Putting the power of change into the hands of people everywhere.

Robert spent his early career with entertainment and advertising brands, including Disney, CBS, and Coca Cola. He went on to co-found several companies in the entertainment space, including F-H-S Legacy Corporation and Vergeance Entertainment. Working with a major Hollywood producer, Robert developed a story format that merged mobile technology with reality television and sponsorship from toy and game companies. From this effort emerged Ringorang as a new kind of micro-storytelling that applies entertainment and advertising methods to corporate learning. He is the holder of 3 technology patents and a graduate of the University of California, Irvine.

Brent Wayne ("BW") Barkley focused his early career on development and financing of entertainment IP. As mobile and online technologies advanced, BW shifted to innovating multi-media properties, creating interactive electronic toys and an immersive 3-D online experience for children. A holder of 5 patents, one of BW’s original inventions was Ringorang, which he subsequently capitalized through private investment and later led its rebuild into a SaaS enterprise learning solution.

Kathy has served clients, investors, and shareholders for over 20 years, creating successful sales and marketing organizations such as Autodesk, MCI, and Siemens to name a few. Her strategy, cross-functional team leadership, and revenue achievement at a privately held firm led to acquisition by Siemens, a top 50 company on Forbes' Global 2000. She additionally led JouleSmart, a SaaS startup with connected hardware in the energy efficiency space, from finding and defining initial product-market fit, to 18X growth in the first 6 months, and ultimately, through acquisition to mCloud.

Via the Law Offices of Kim H. Swartz, Kim is a seasoned attorney with a broad range of experience in business, technology, intellectual property, licensing, international, entertainment and other areas of law. Kim spent 18 years with the prominent Los Angeles/New York City-based law firm Mitchell Silberberg & Knupp LLP, where he represented technology and gaming companies, major film studios, and Academy Award-, Golden Globe-, and Grammy-winning talent. Kim has also been an executive at companies including MGM and United Artist Studios, Viacom/Republic Pictures/Spelling Entertainment, and Saban Entertainment. A supporter of worthy causes, Kim serves on a number of non-profit boards, including, among others, the Farrah Fawcett Foundation – funding cancer research, the Swedish American Chamber of Commerce of Los Angeles, and the Super Smiley Project.

Shae has served clients and corporation in the aviation, banking and education industries, developing and leading advertising and marketing strategies for such companies as Fidelity Bank, Textron Aviation and as a member of the agency team at Greteman Group. Her decade-plus experience in marketing and communications positions her well to drive Ringorang to enterprise-level awareness and success.

Niti Singh comes to Knowledge as a Service, Inc. (KaaS) with more than 15 years’ experience in leadership and talent development at Gallup, University of Notre Dame, Foley Equipment and others. With a Ph.D. in Organizational Behavior, Niti has created processes, programs and content to arm people with tools they need to learn and flourish in their careers and daily lives. At Ringorang®, Niti will apply her coaching and counseling expertise to serving customers as Director of Customer Success, leading our Customer Success Coaches.

John Dempsey is a leader with 30 years’ experience in the defense industry. John currently leads engineering programs at Textron Aviation, where he connects his corporate-level experiences with his technical expertise to create advanced technologies and provide customized services. John shares his graduate degree knowledge and expertise in Business Administration, Mechanical and Aerospace Engineering as a technology consultant for Knowledge as a Service. When he’s not assisting small businesses with their growth, John enjoys riding his road bicycle and traveling to a reef to scuba dive.

Adam has led and built teams leading transformational and sustainable change for the last 20 years. A career consultant, he has broad experience driving solution success for early-stage companies with innovative products and blue-chip customers, as well as directly enabling Global 1000 organizations. Adam found success building small high-performing teams who bring design thinking to deliver innovative value and competitive advantage to established enterprises. Most notably, Adam led Professional Services for a software company acquired by IBM that increased its valuation by 20% thanks to their consulting assets. He then served as worldwide practice leader at IBM Software Services. Adam is a certified Program Management Professional.® 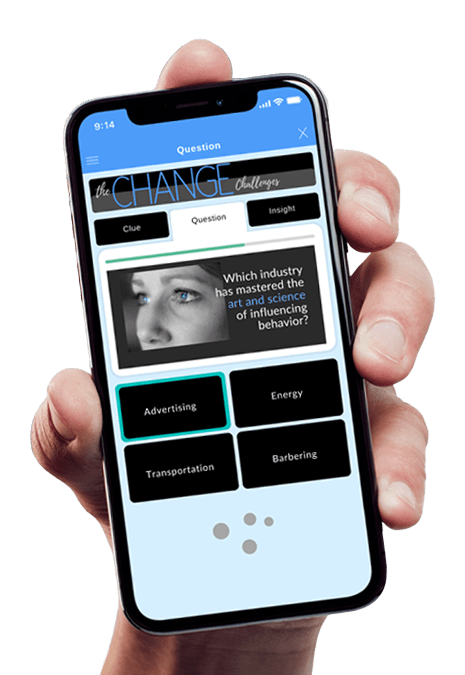 Ringorang co-creator Robert Feeney experienced firsthand the impact of negative behaviors and sense of hopelessness they create. Both his older and younger brother struggled with illness and depression, and within a few years of each other both took their own lives. Robert was left with the impact of the loss, and hit rock bottom as he isolated himself from everyone.

A decade went by as Robert worked to build his life back from tragedy. As he faced more struggles and recognized that he had also not fully dealt with his brothers’ deaths, he yearned for change. And then, he realized that the only way to create change was to impact human behavior – more specifically, to turn undesired or negative behaviors into positive ones that when added together, created true, lasting change in people’s lives. 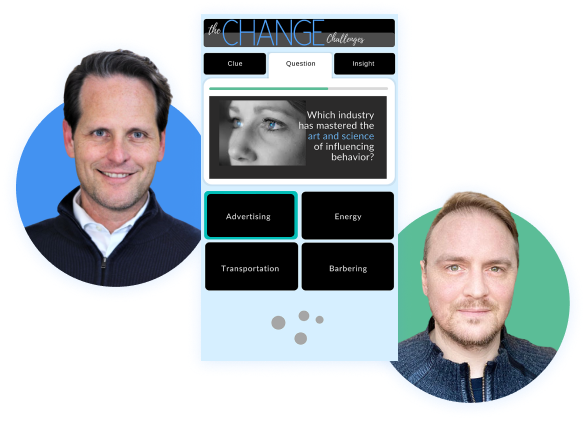 Together with his friend B. Wayne Barkley, Robert leveraged his background from the entertainment and advertising industries, to create a new product: an app that changed human behavior. This app put bite-sized pieces of information in front of a person daily by gently nudging, reminding, and motivating them to adopt new behaviors. It leveraged learning science and rewards to engage the brain and keep people coming back, focused on one thing at a time. And it ensured that the most important messages and information was never lost or forgotten – but was always in front of people every day.

"Once I realized that a person's daily behaviors are what dictate their quality of life, I became obsessed with influencing those behaviors for the better."

Ringorang was envisioned as the mechanism to provide those daily prompts of positive impact and reinforcement – and be the agent of change, delivering hope for everyone who needs it.

After patenting this system, spending years in clinical trials with the U.S. government, and testing it commercially with Fortune 50 companies the founders formed Knowledge as a Service, Inc. (KaaS) in 2019. The goal of KaaS is to empower large enterprises with this technology, so they can improve employee performance by leveraging behavior change into measurable outcomes.

We're passionate about the power of change.
Ringorang has been proven for more than a decade in a variety of different businesses, industries, and end uses.

After engaging with Ringorang, people changed their behavior, and the change stuck. That is the power of Ringorang. 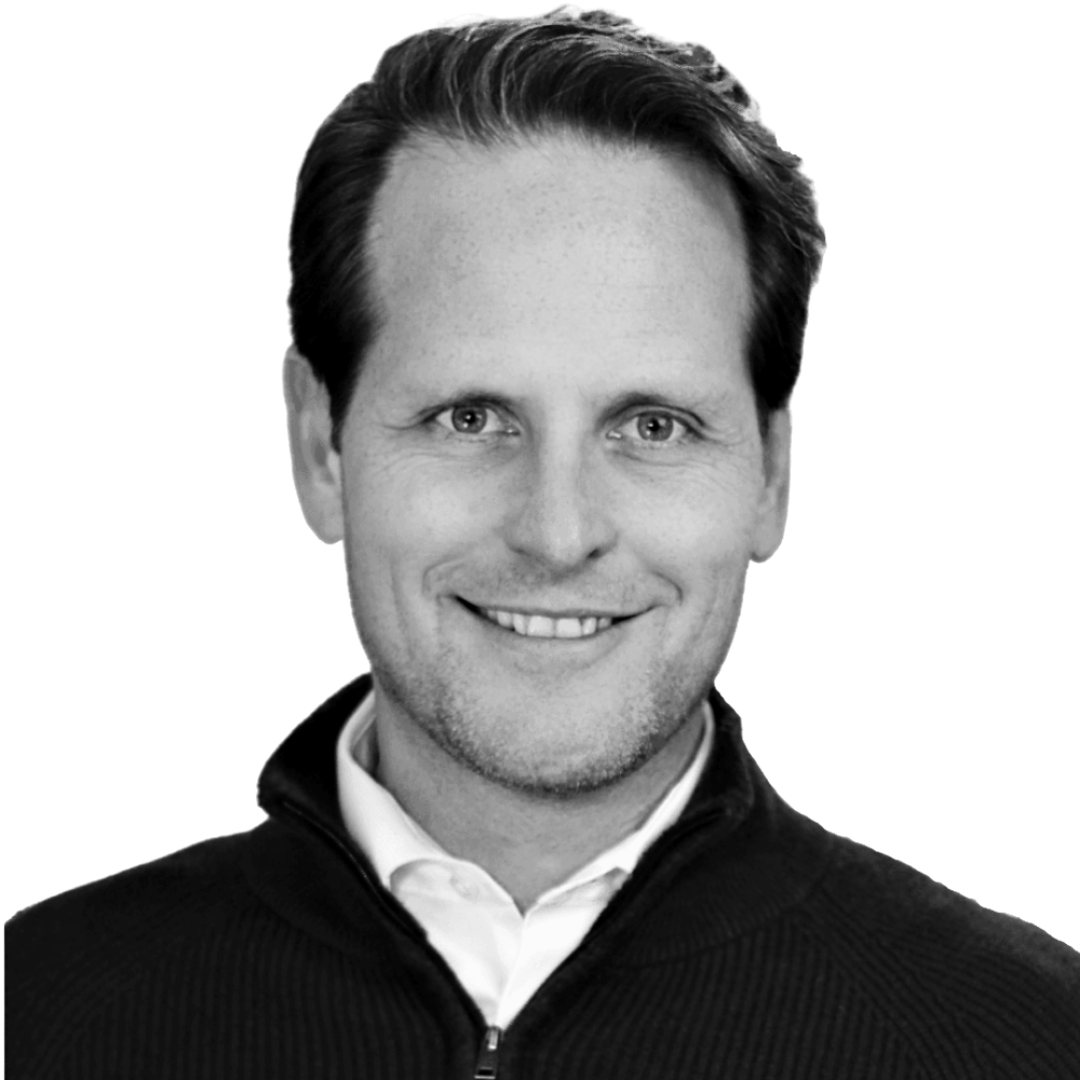 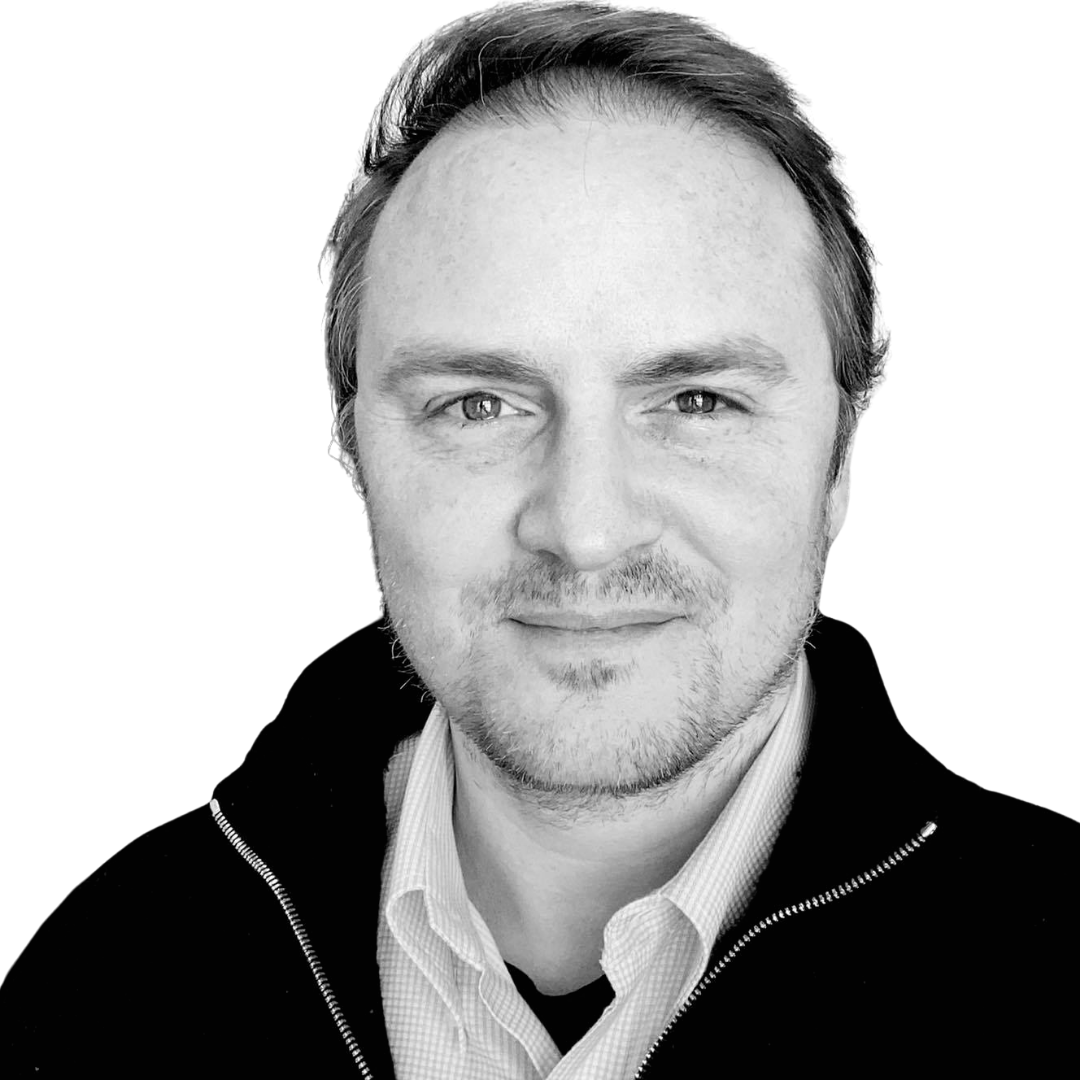 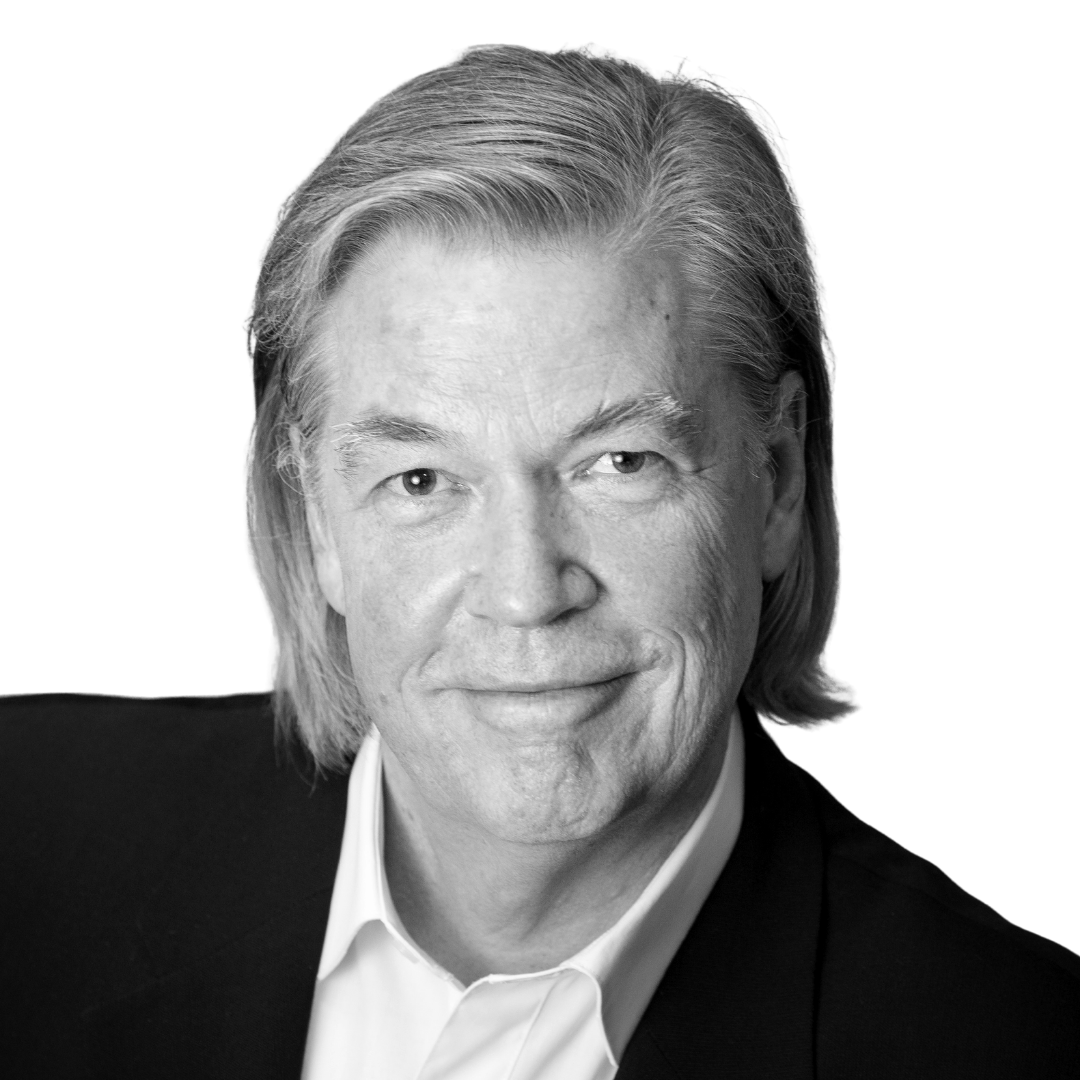 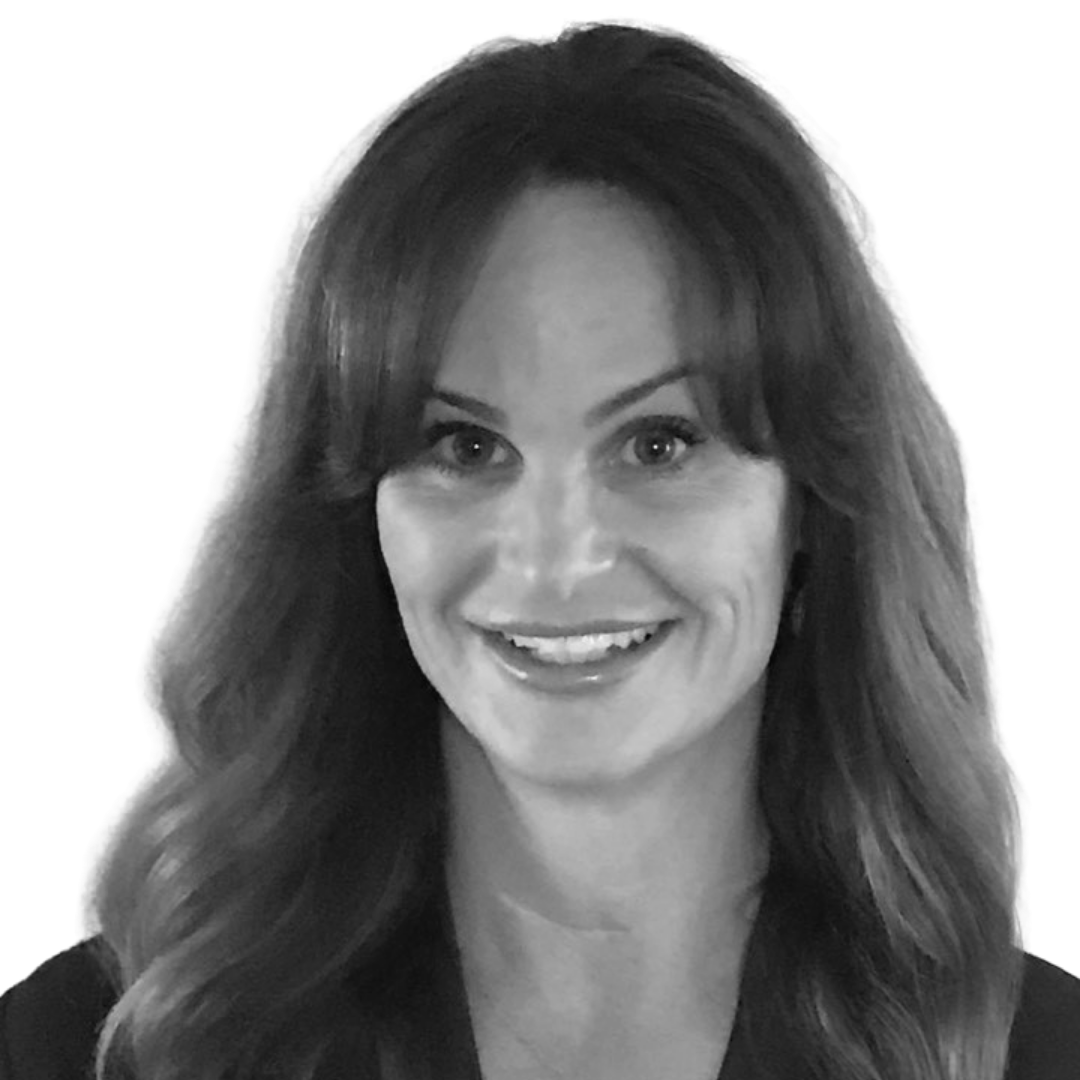 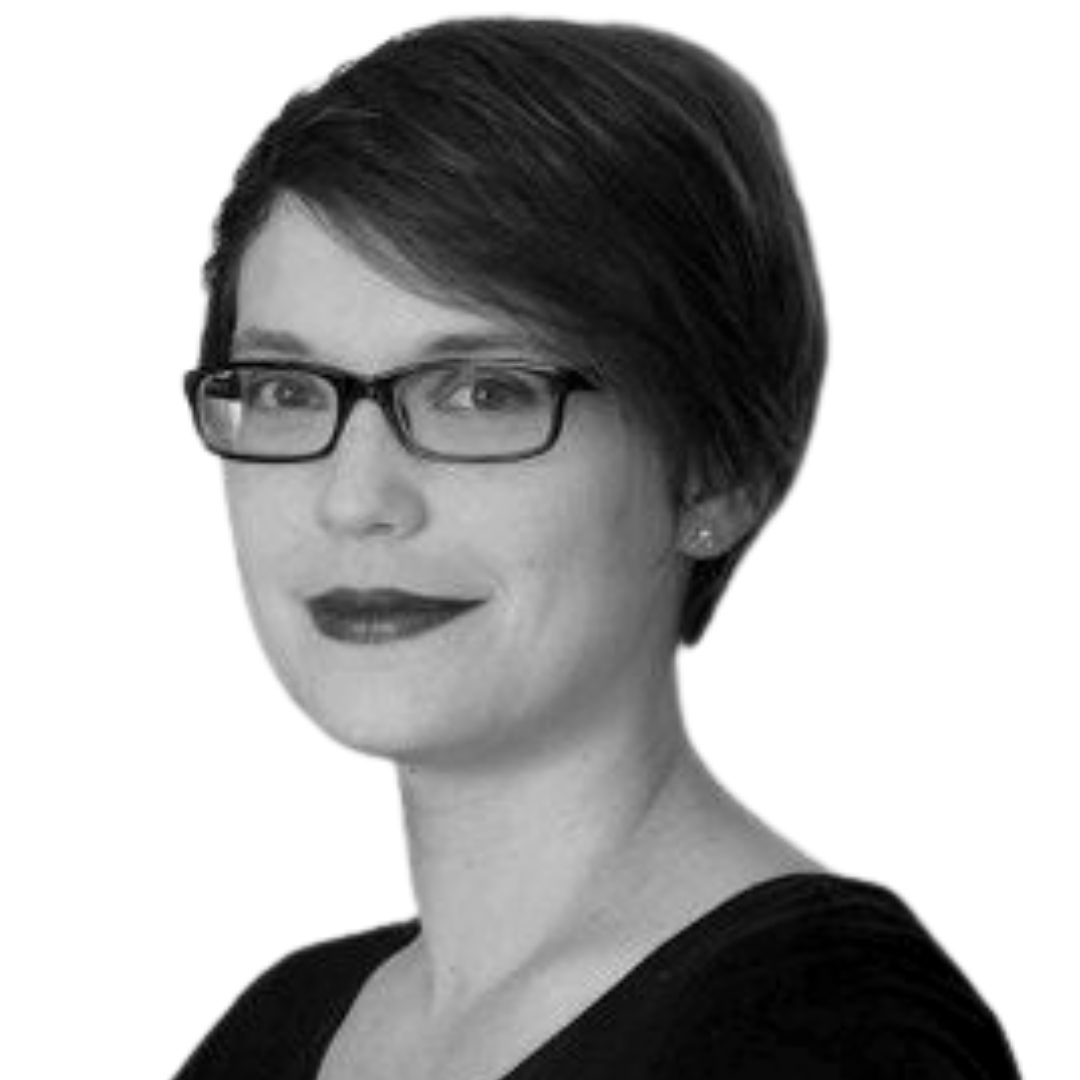 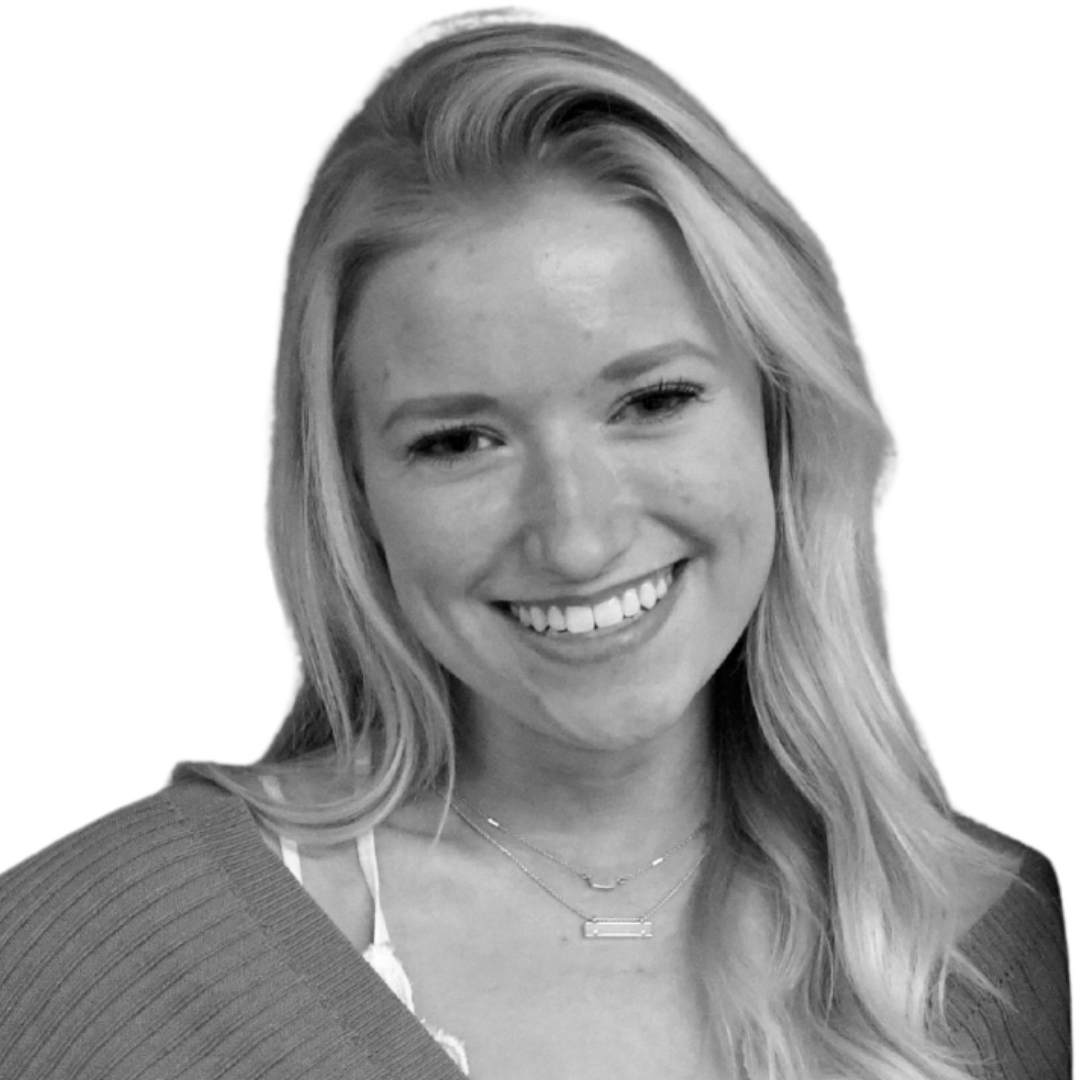 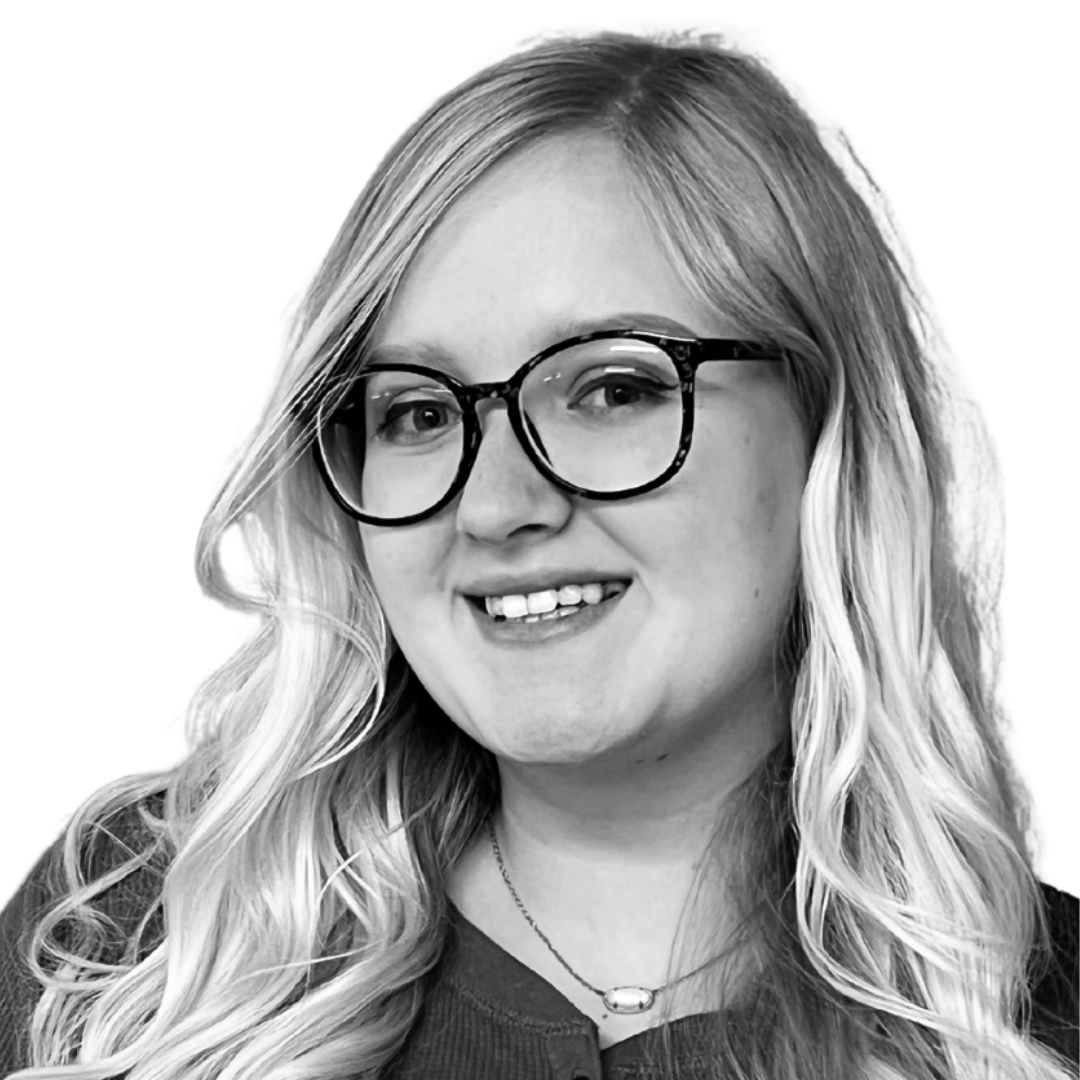 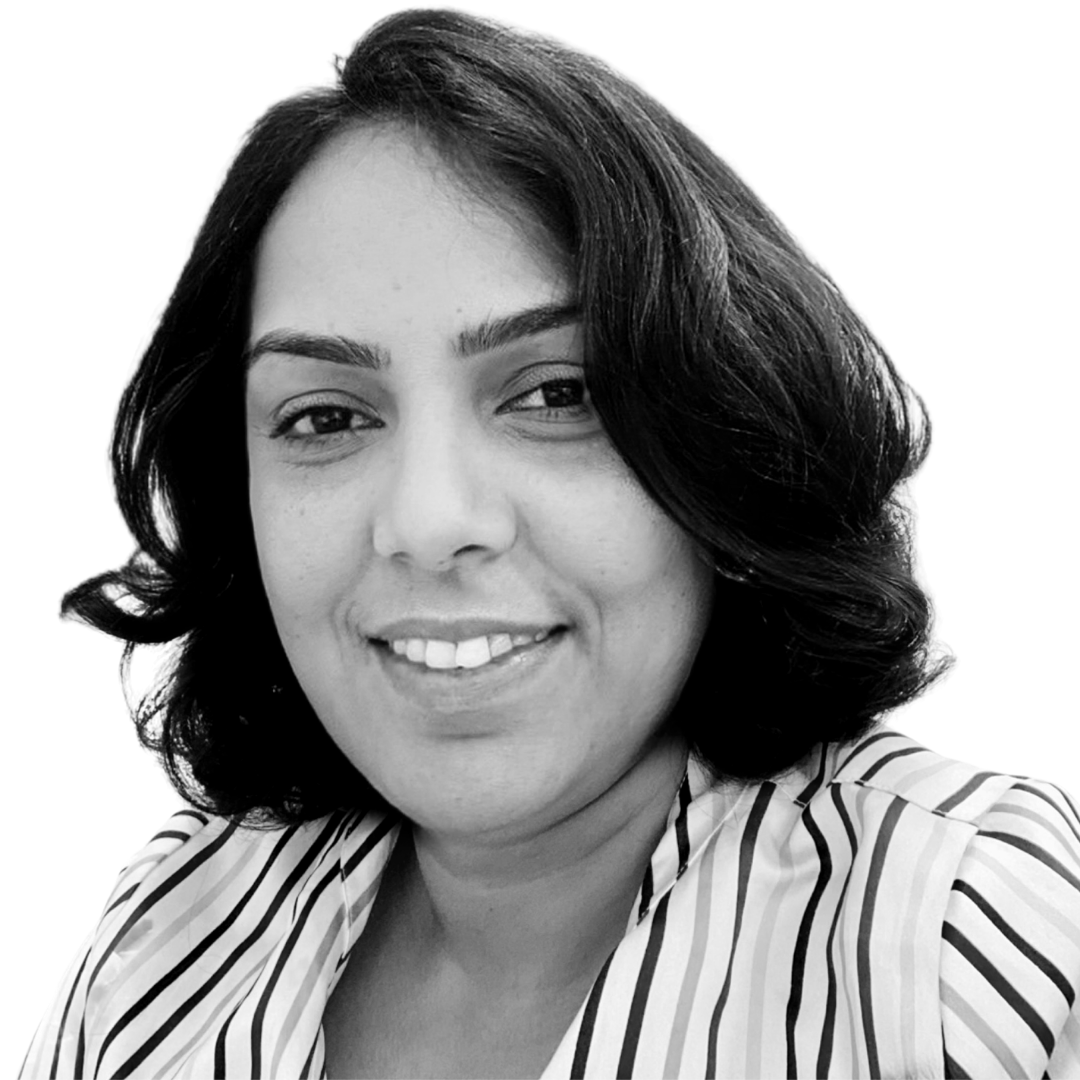 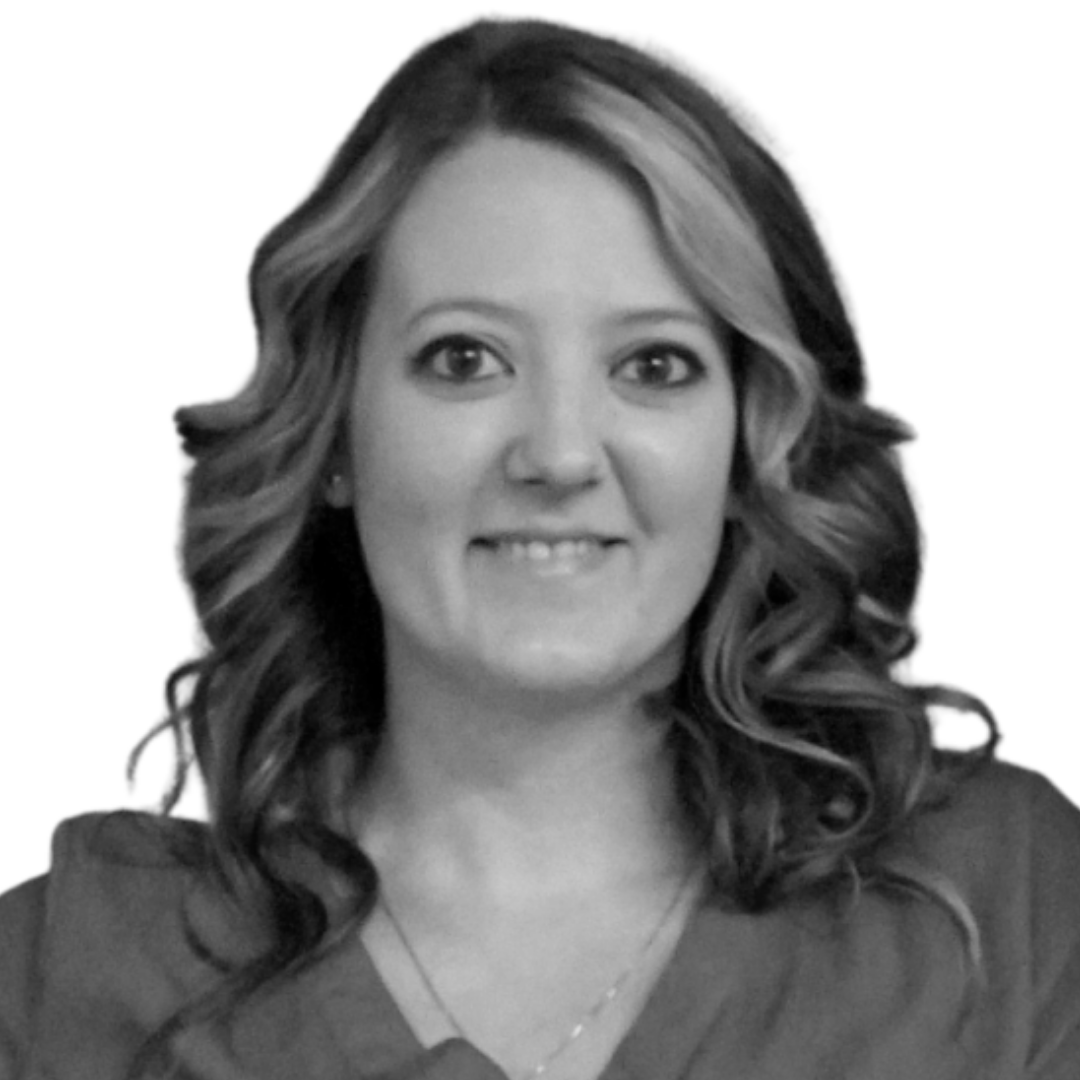 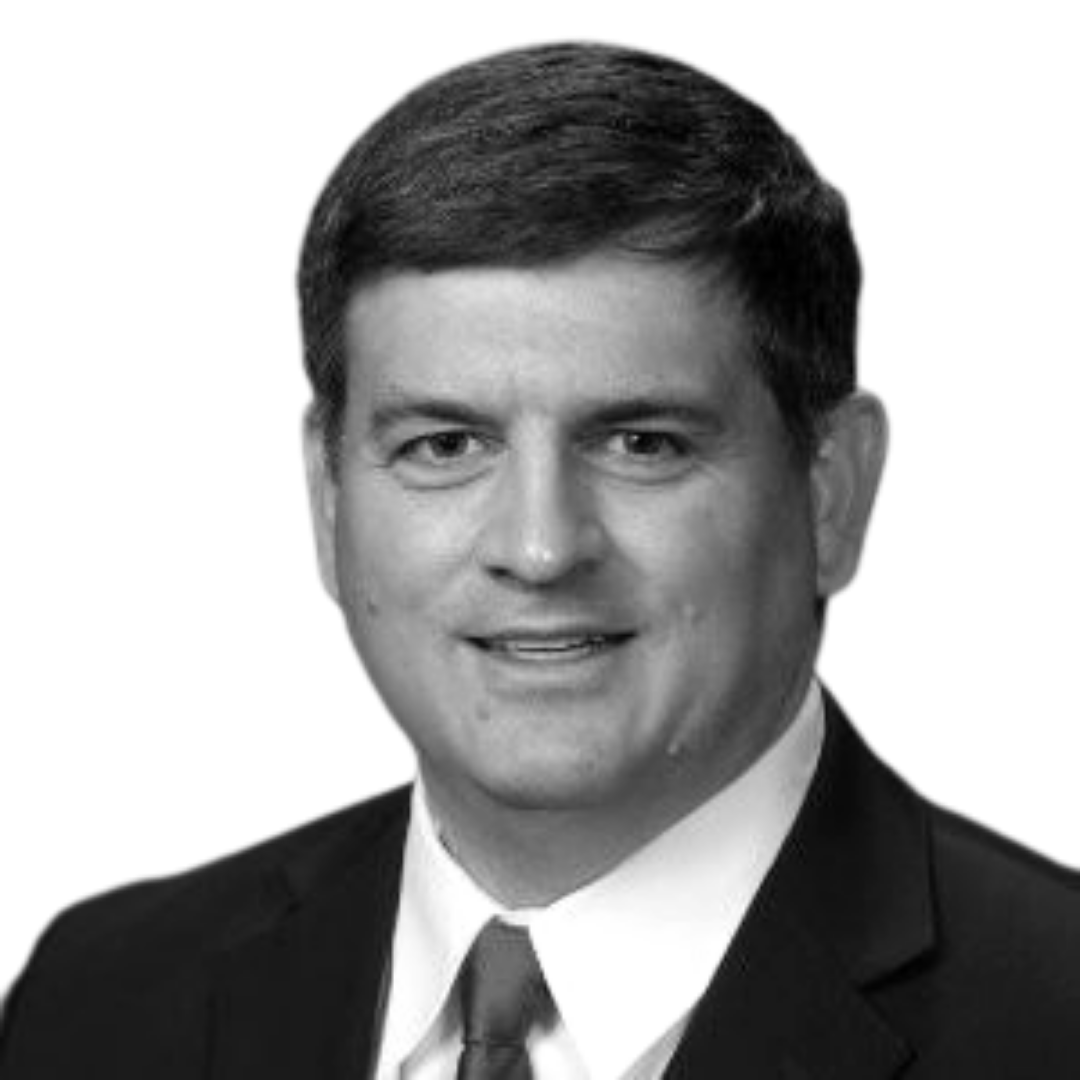 For jobs and hiring inquiries, please reach out to

Please reach out for more information.